Cutting it in the highly competitive world of professional surfing takes more than raw talent. The lifestyle is often romanticised but like any professional athlete will tell you – what spectators don’t see is the hours and hours of training, the sacrifice of a social life and the huge cost burden of competing. It’s the reason why passion and dedication sometimes outweigh heaps of talent. But once in a while one finds the rare combination of superior talent matched by passion that will stay the course.

Although 14 year old Surprise Mpanza was literally born into surfing, it wasn’t until he was 10 years old that he stood on a surfboard. In fact, before that he couldn’t even swim. Surprises’ father, Jakes Mpanza has been working for Jason Ribbink, an internationally renowned surfer and owner of Bilt Surfboards in Durban, South Africa for several years. Surprise grew up with Jason’s son and the two of them took up skateboarding together. It was his talent on a skateboard that first caught Jason’s eye and he realised that they had to get Surprise in the water.

Surprise’s competitive spirit and big heart almost cost him dearly when at Nippers (surf lifesaving training for children between 5 and 13) he ran into the ocean and promptly sunk because he couldn’t swim. The coach had to literally rescue him. When asked why he ran into the water knowing he couldn’t swim, his response was that he’s in a competition, and he wanted to win!

Within a year, Surprise was riding normal boards and training with the high performance surfing academy at Durban’s North Shore. In his second year of competing, he won the Under 12 Billabong National Series.

According to Head Coach at the High Performance Surfing Academy, former pro surfer and national champion Chad du Toit, Surprise often expects more from himself than any coach can. Du Toit rates him as one of top 14 year old surfers in the country, if not the top 15 or top 20 in the world. 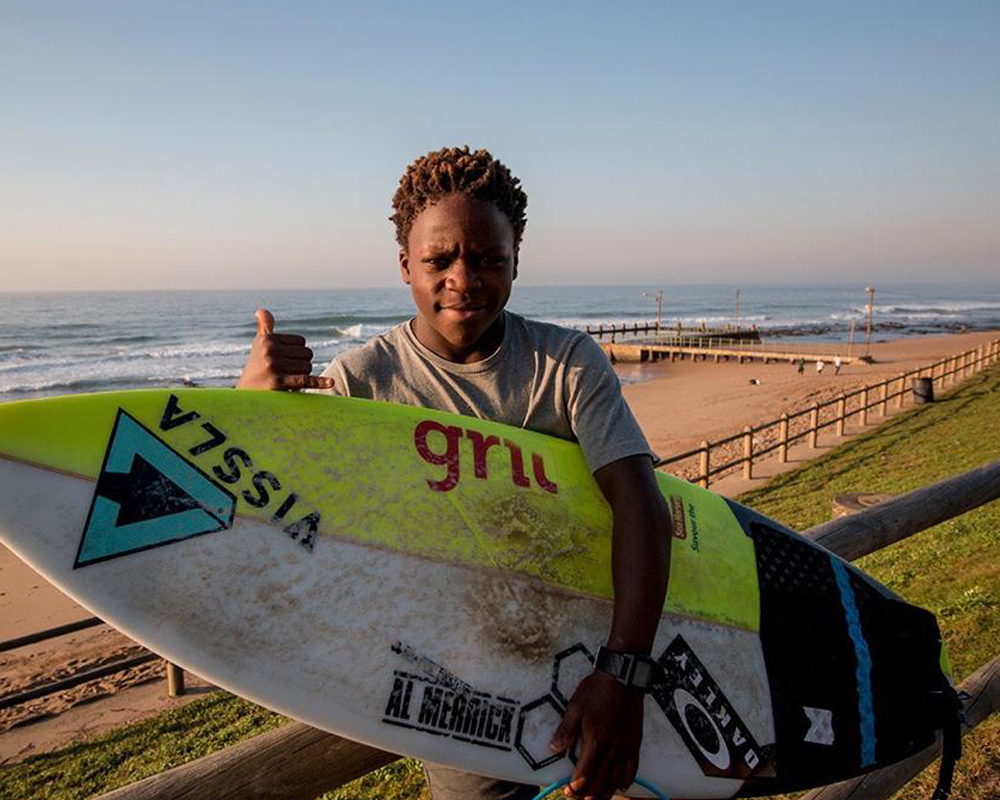 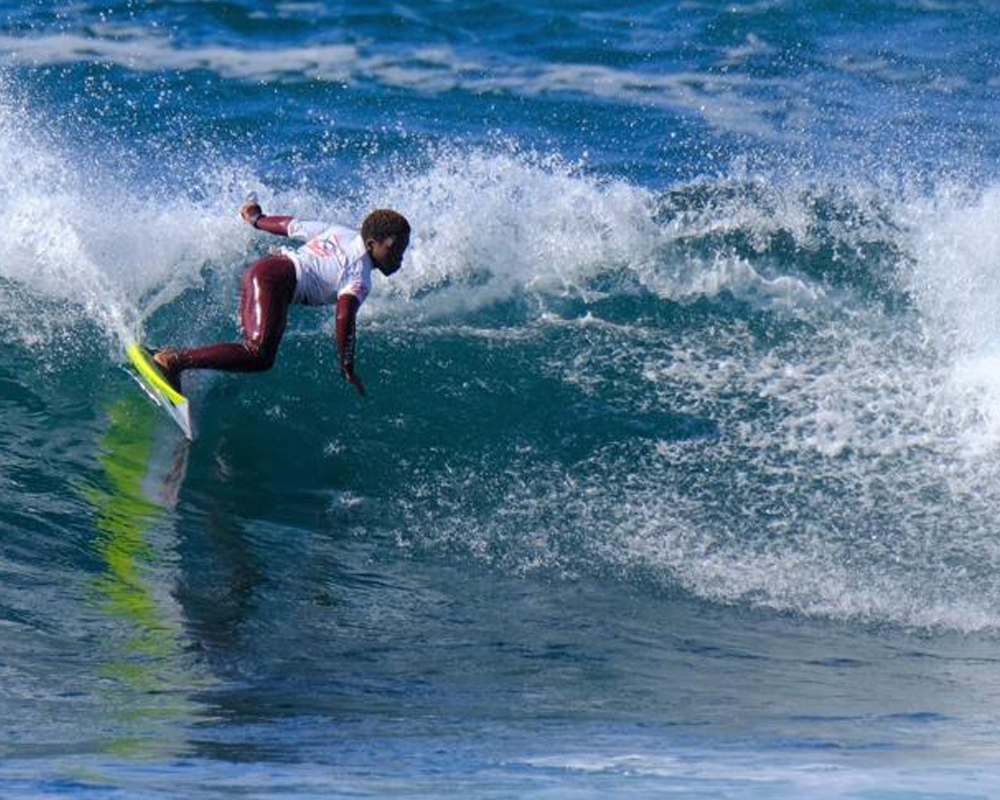